Okay, I kind of hate doing blog posts about works-in-progress that I'm stuck on, but it would be silly not to milk the brains of all you smart people out there!

Also, I actually do have some finished projects to show off, but ummm...  I've been slack at getting photos of them.  (Including my finished Mary Jane!)  Bad blogger!  :P

My new knitting projects is Peabody, a beautiful pattern I've been enamoured with for some time.  Gail gifted it to me, isn't she lovely? 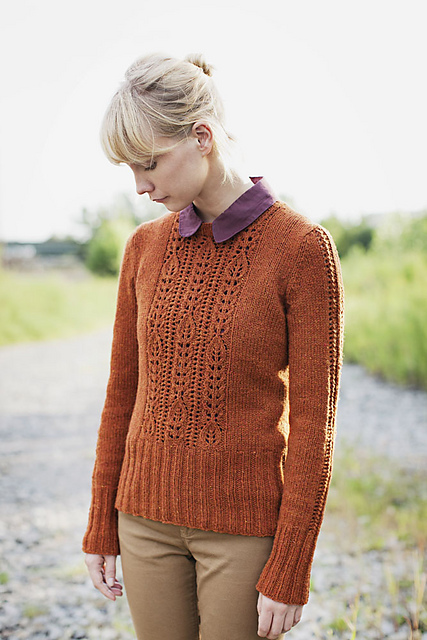 I decided to stick with the correct horizontal gauge, and did another swatch, in the flat on 5mm needles.  The first two were in the round because that is how the body is knitted (you knit it from the bottom up).  It changes to be knit flat after the armholes are bound off.  The third swatch worked out nicely- my purls must not be too different to my knits!

So, problems solved right?
Hmm, not so.  First of all, the vertical gauge being so far out means I might have to mod the pattern length, and it could well mess up the armholes.

Secondly, when I started the ribbing on 4.5mm needles (one size down from the 5mm needles I got horizontal gauge with), it seemed... loose.  Like, it's not properly opaque.  I'm not an experienced knitter but this doesn't seem right to me... shouldn't ribbing be tight enough to stretch without holeys?

See what I mean?  The dark fabric showing through from underneath?  I may be being picky, but I don't want to spend a few months knitting it and then be annoyed about the ribbing!  Opinions, dear knitting friends?

My stocking stitch swatch is fine though, it's quite opaque.  Could it be that my gauge is looser when switching between knit and purl?  I have no idea.

So what are my options here?
-Maybe I could I try going down a needle size for the ribbing, but then there would be a whole 1mm difference between my gauge needle and ribbing needle.

-I could go down a needle size for both the ribbing and stocking stitch, but would have to change the pattern's sizing, since my horizontal gauge would be off (sigh!).  I'm also worried about the tighter stitches using up more yarn and me running out.  Sadly, I bought this yarn before I learned to always buy a ball extra.

-I could accept holey ribbing if you guys reckon it's normal, lol.

I guess however I look at it, there's going to be recalculating going on, but who am I kidding, I would be doing that anyway.  I'm an incorrigible tinkerer.

Okay, as usual, I'm probably majorly over-thinking things.  But like I said, one does not toil for months on a garment without reasonable assurance it will turn out!

So lend me your advice, I'd be grateful to hear it!
Posted by Johanna at 21:22

Email ThisBlogThis!Share to TwitterShare to FacebookShare to Pinterest
Labels: knitting