I actually finished this project a long time ago but never blogged it. I felt maybe it was too incongruous with the general garment theme of my blog that's happening right now, but then I was was all "wait a minute, I can post whatever I like on my blog!".
So here is a weird little amigurumi I designed. 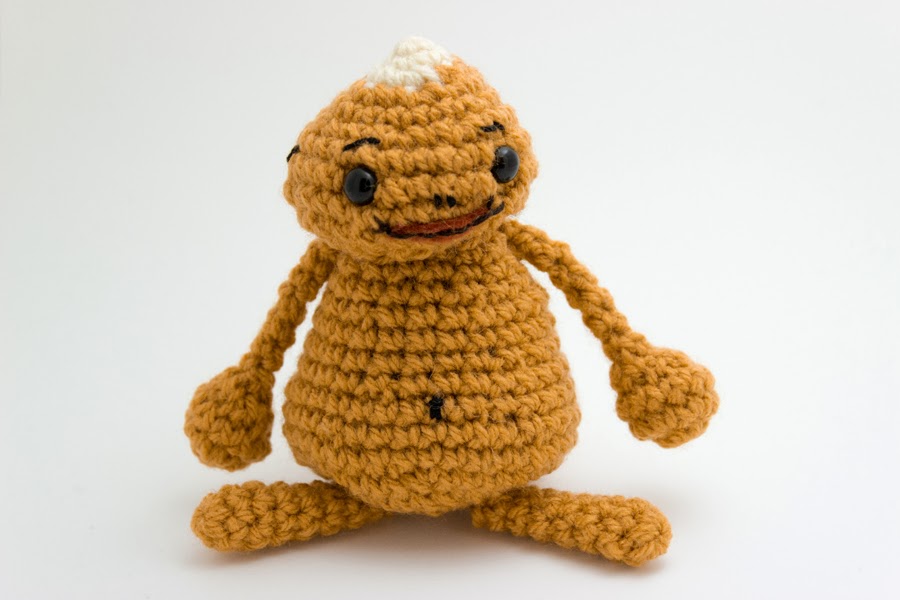 I have designed a few in the past, like these bunnies and this nerdy little guy. I tend to get wrapped up in complicated ideas and personal challenges, so naturally after my first few I decided to design something super fancy.
This took me basically forever to figure out, but I did it. Since then, I think I've only made one more amigurumi; It think I basically got it out of my system for a while, haha!

This was another design from the video game The Legend of Zelda. This dude is a Goron. It is a species that is basically made of rock. I made it for my husband but also well, probably mainly for the intriguing challenge! 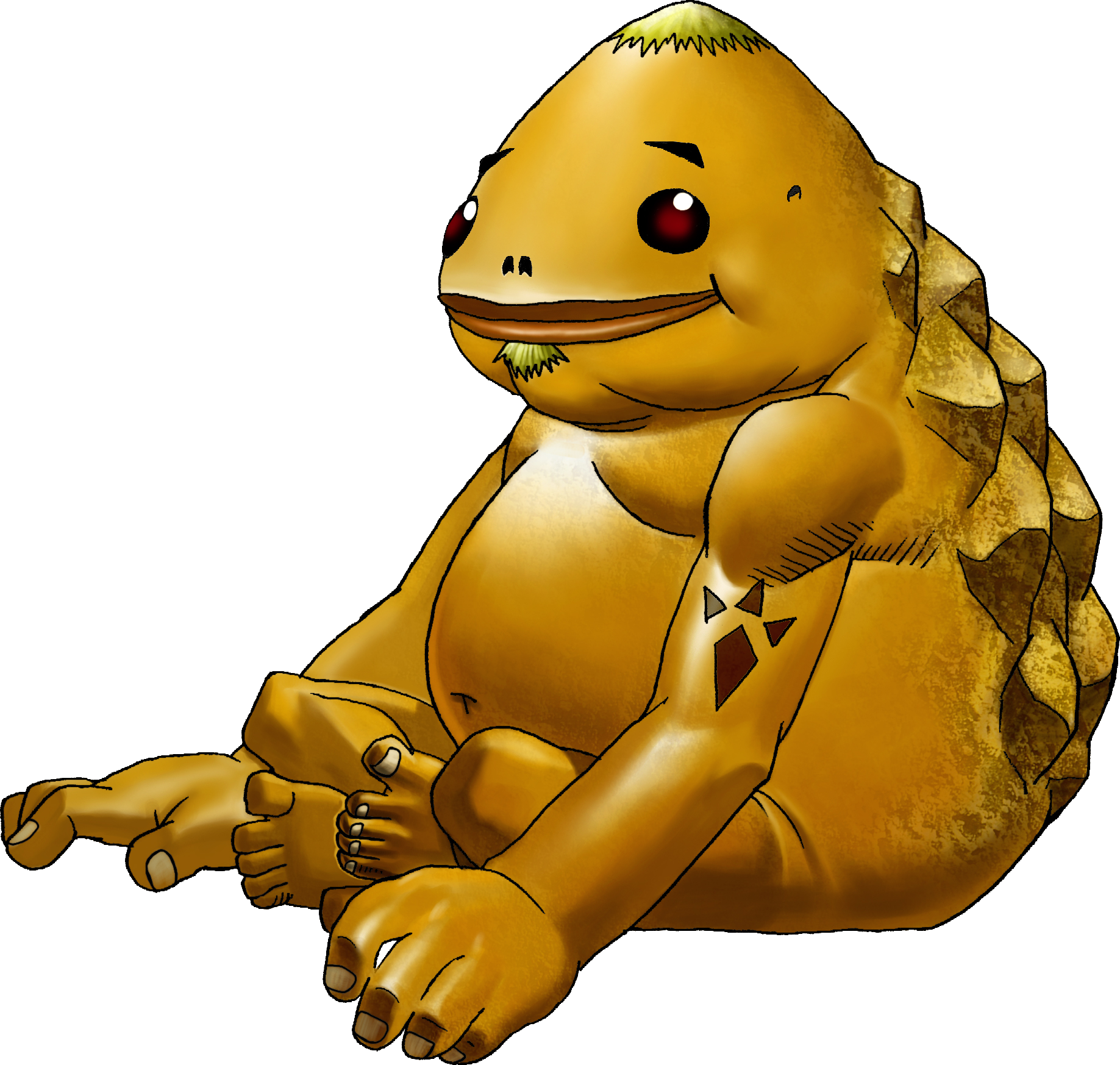 All those rocky lumps on its back were plotted out and are various sizes for appropriate lumpitude.
I had to play with the shapes a lot to get them right. (A lot of pulling apart body and head and playing with limb sizes too!) The lumps are popcorn stitch which I also changed colour on as I went.

It was a challenge to simplify the shapes enough to make them in crochet while trying to keep it adequately Goron-like. 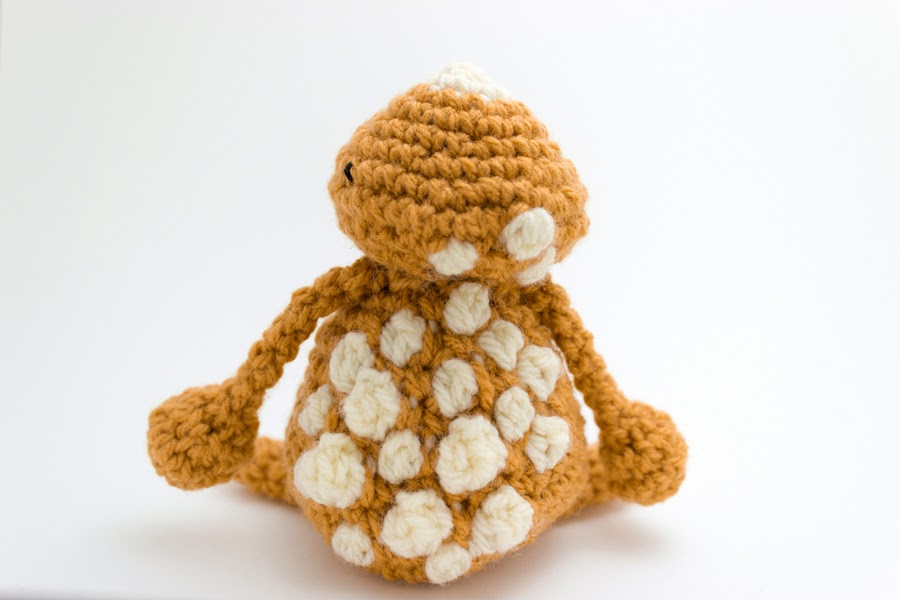 What did I learn from this project? I learned that designing something like this actually takes a pretty long time, and that I'm a sucker for adding lots of details (okay, I already knew that one). I like designing and making amigurumi but my practical side screams, "You can't wear that!! Focus on your closet!". So I probably will be doing that for the next wee while! 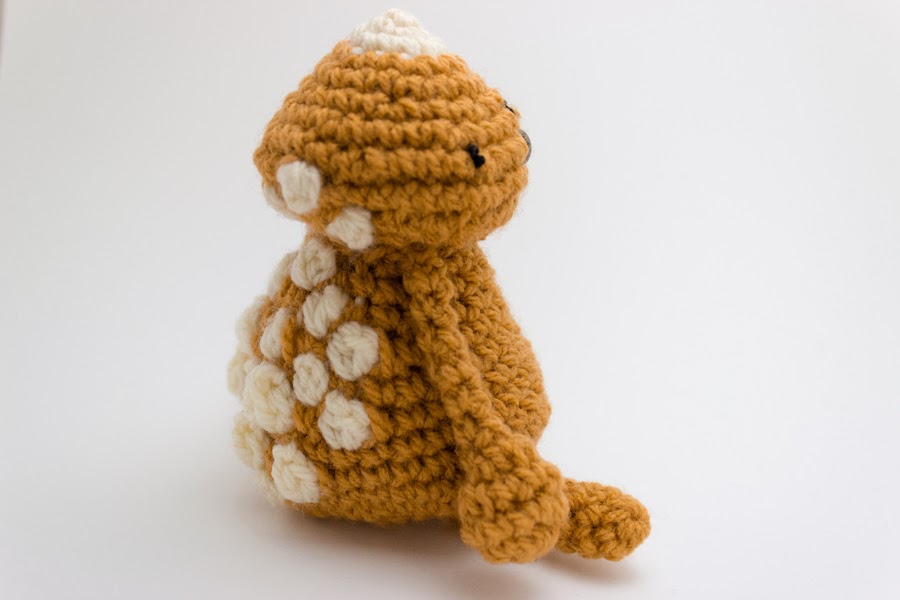 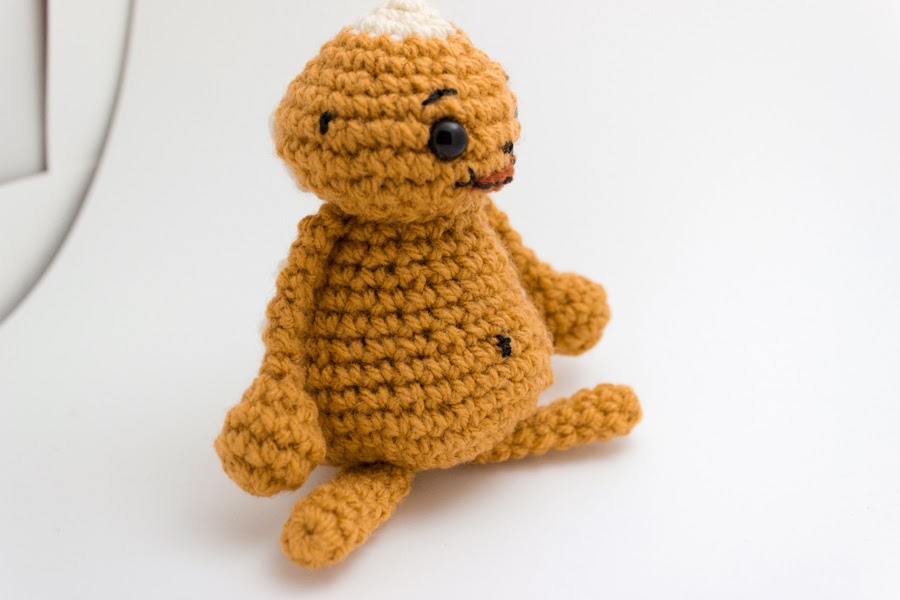 Of course, now that I've started study (eeeeep, btw!), I've got less time to sew (sad face), though I'll hopefully still have a few projects to share now and again...

Oh, and in other news, the Beignet Skirt won The Monthly Stitch Poll with almost half the votes (followed up by Gertie's Shirtwaist Dress and the Kelly Skirt in last place)! Yes, you have all decided for me that this month I'll be making Beignet! Again, may I say eeeeep, and wish me luck :)
Thanks for voting guys!