Well, today I became an auntie! So exciting! (Both my sister and the baby girl are well  :) )
Obviously I had to prepare for the occasion by making something cute for the baby. I used this pattern. I took these photos a while back but decided to save the post for the day. :) 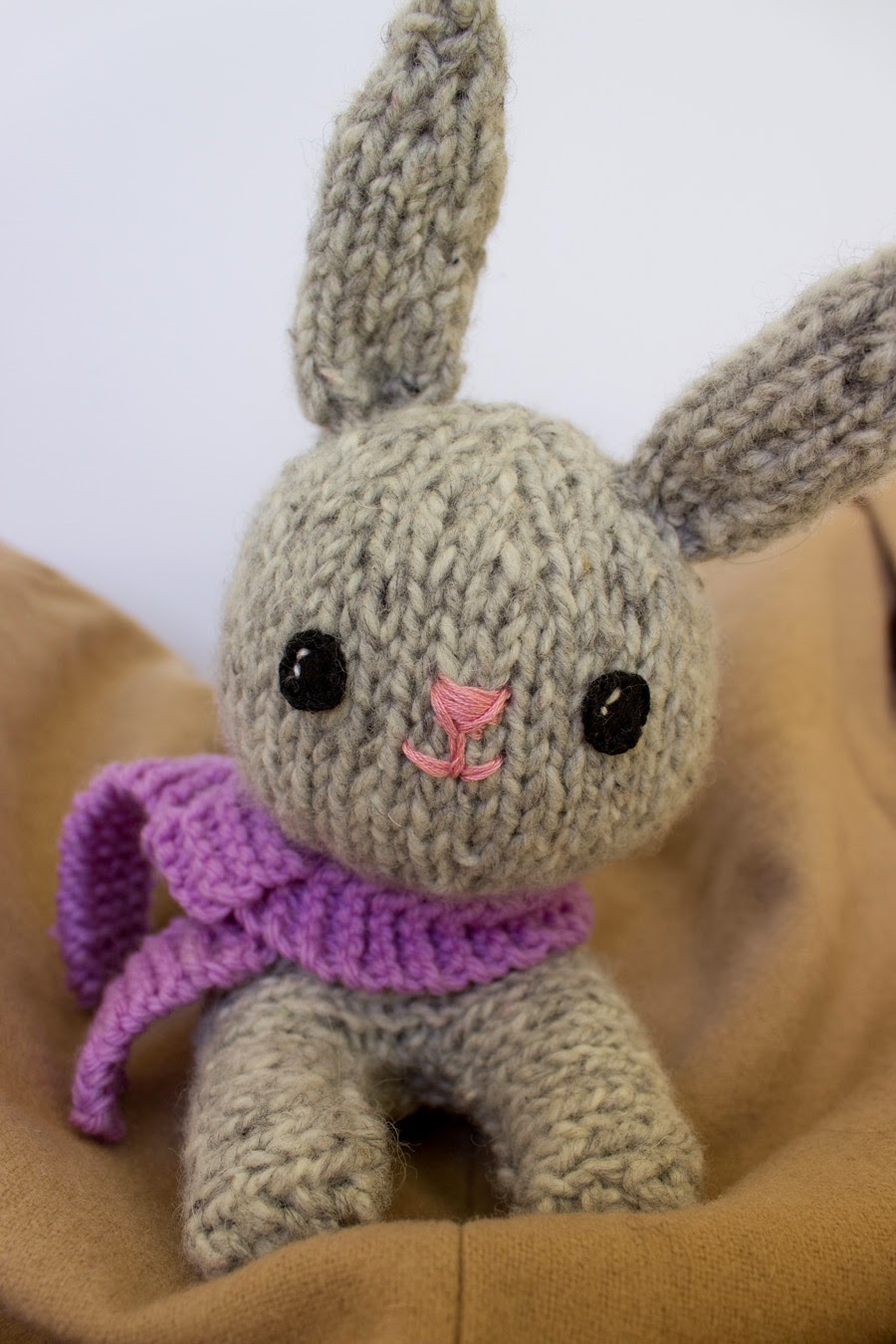 I've made a few cute little stuffed animals before, mainly in the Japanese amigurumi style which have been crochet.  Amigurumi actually translates as knitted or crochet thing, so this is still technically an amigurumi!
This is the first knitted toy I've made.  The pattern has you knit everything flat and then seam it up, which is different to the crochet ones I've made.

I didn't change much in the pattern, other than sizing up my needle slightly. Oh, and I also seamed up the belly invisibly, unlike the pattern. This goes for the head and ears too- why would you want a visible seam in those places?


At first I also seamed the feet invisibly, but it actually looked quite silly (they looked quite pointy and shrunken). Because the selvage was on the inside, it shrank the size of the feet. And since they are already small, a little bit of shrinkage on each side really makes a difference. So I pulled it out and whip-stitched the feet closed (in other words, following the pattern this time!). This way there is no selvage, and the feet were bigger, plumper, and cuter! 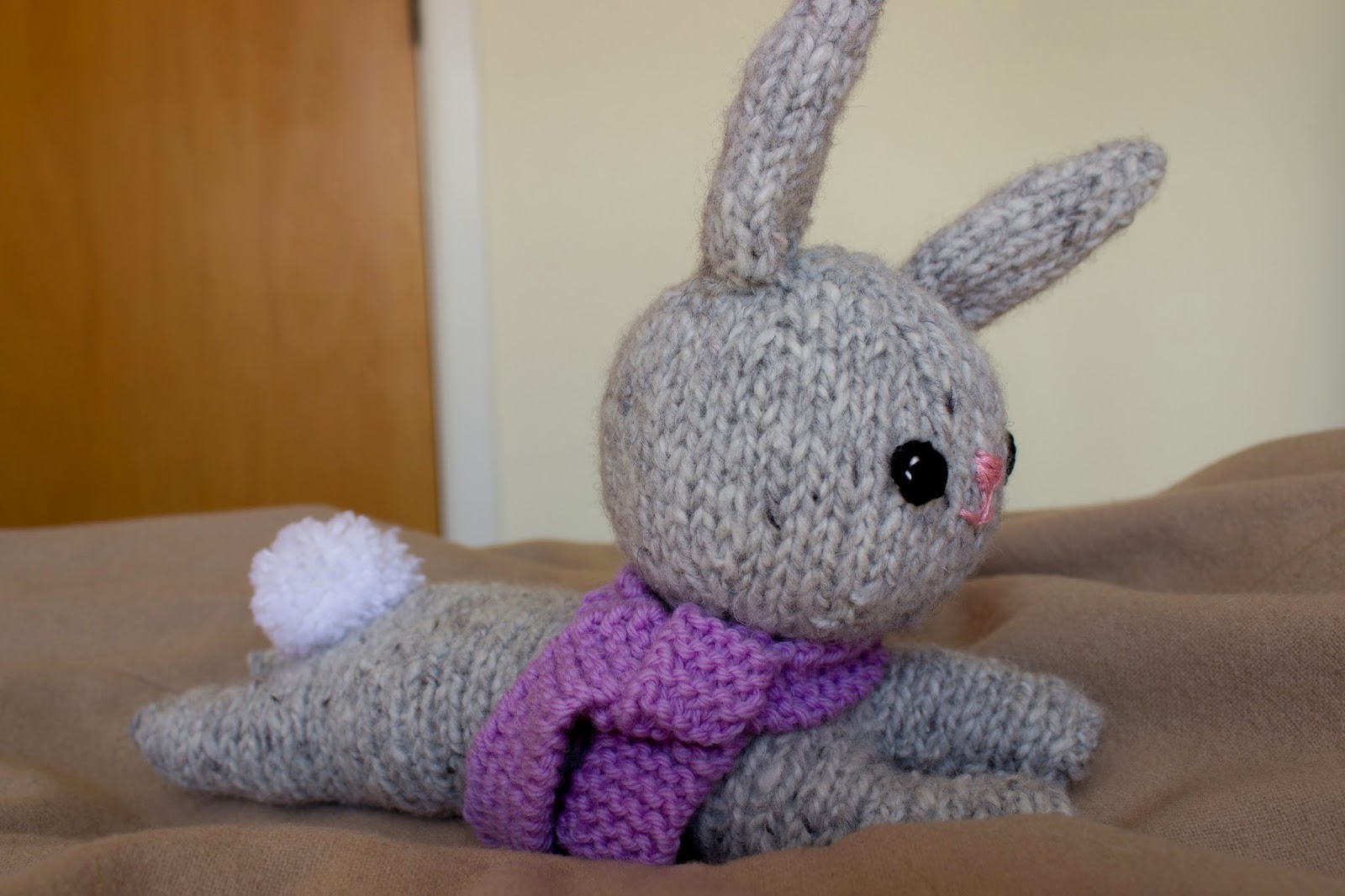 I made this lil' bunny using leftover wool from my Washington Square Cardigan, and its scarf is made from remnants from my Peabody sweater.
I made the pom pom too (acrylic I'd used for previous toys) and used the pom-pom method outlined here.

The original pattern has safety eyes, but I opted to hand-sew on circles of felt instead. This is because someone once cautioned me about using safety eyes for baby toys- they can slip out of the fabric and be a choking hazard. No way am I going to risk being the Aunt whose present the baby choked on!!

It was hard to give this away as it's so cute... I hope it's treasured and drooled on a bunch! :)