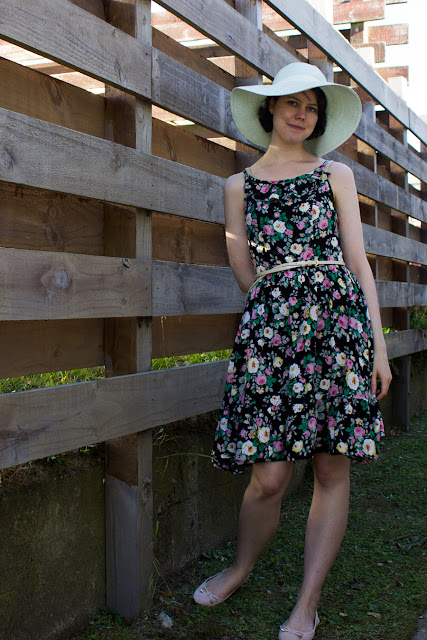 This dress is based off the Derby Dress by Christine Haynes. I saw Trees' adorable squirrel print version of it, and fell in love! I decided to make my own pattern based off this as inspiration.

My first step in this direction was making a singlet in a similar style, just to test the waters. For the straps, I actually used bra findings to make adjustable straps like you find on RTW singlets. It's not really necessary when you can custom fit the straps to your length while sewing, but it was interesting! I also like that it has your back (no pun intended) if the straps stretch or shrink over the lifetime of the garment! I didn't use them on the dress though, mainly because I couldn't find any in the local shops that were suitable, weirdly.
I.. don't have any pics of the singlet (yet) though, sorry!

The straps on this dress are just  top stitched down at the back. 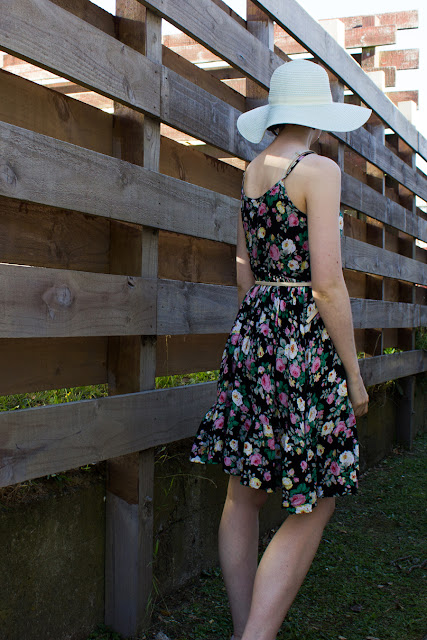 A lot of the stuff I do with my bodice block is making stuff up by eye. This was really no different, and I guessed what I wanted to do when making my pattern by using my existing knowledge of my bodice block, looking at my inspiration picture, and thinking through what I would like to change. I also tweaked a few things while sewing, based on my judgment, like the ruffle (slightly reshaping the edges, and leaving a bit more space free on the edge of the armholes).
I decided to stick with a waist seam rather than the Derby dress's waistless style. I love my waist seams.

I could have made it straight across at the back, but then it wouldn't cover the base of my bra straps (you know, the triangular peak that forms before the straps). And I think this also looks nicer! I actually put my bra on my dress form, put my back pattern piece on top, and then marked where the outline of the base of the strap was, so I could get the shape just right on my pattern. 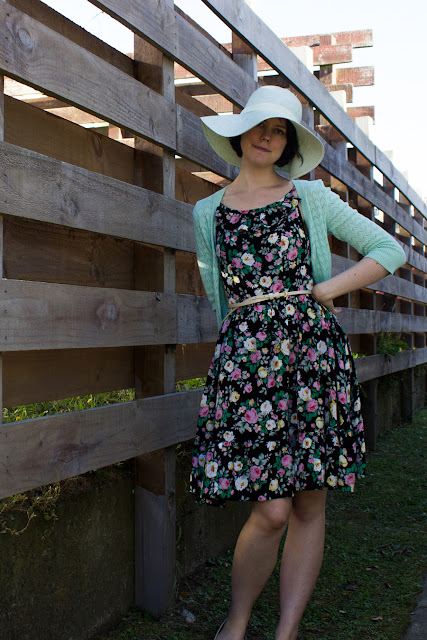 Just for the record, I have no qualms about using the Derby dress as inspiration, as I am not making any profit off doing so, and I also tweaked the idea significantly to my own liking. Big thanks to Christine Haynes for being an inspiration though!!

I did the straps differently to the Derby dress too. I thought long and hard about the order of everything I wanted! Back neckline and front neckine first, then the big long armhole piece starting at the back, that runs off into a strap, then gets attached to the back again! The binding was not easy to sew, but I got there. Phew... 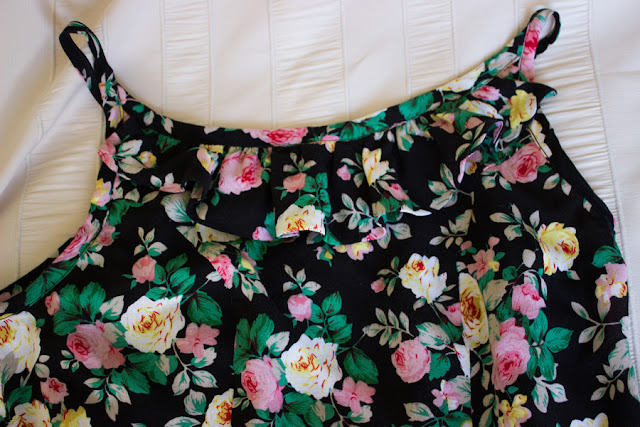 I had to recut the skirt once: I initially made it a gathered rectangle with a gather ratio of 1.5, but that looked really dumb; it wasn't enough fullness and the ruffle looked really bad at the bottom, sort of pulling it in and making a tulip shape, which made my hips look puffy. It was weird and unflattering.
Lucky I had enough fabric to recut it! I had hoped to get a top out of the remnants but that idea was scuppered! I think it was a blessing in disguise though, as I feel like this fabric is poor quality.

The fabric was really hard to work with, soft and mushy. It didn't feel tight and smooth like previous rayons I've worked with. In fact, when trying to attach gathered pieces to other pieces, the stitches wouldn't even hold the gathers permanently, they'd still slide around! I ended up stabilising all those seams with either fusible tape or rayon seam binding before re-sewing the gathered bits back on, anything to give enough stability to the fabric. Lots of extra work. I've never encountered this before either! It also stretched out like craaazy on the bias instantly after cutting. I carefully stabilised the neckline and armholes back to shape (based on the measurement of the flat pattern) with seam binding/fusible tape (can't remember which; they both do the same thing). I had to carefully stitch the tape on (tape on top) while eaaaaaasing all that stretch back into the correct length underneath.


I feel the fabric will age quickly and badly - the print didn't look like a high quality job (I'm no textiles expert but I have a sense about this based on previous experience), the kind of black that isn't going to age well. We'll see.

Anyway back to the skirt: I recut the skirt with more gather as well as flare (same skirt as I used for this dress, but shorter obviously!). I'm so much happier! The ruffle at the base is still just a rectangle. Ugh though, due to my frustration at all the different troubleshooting I had done so far, I was getting impatient. I didn't bother levelling the hem before attaching the ruffle.
UGH, the bias drooped SO MUCH at the sides. Totally my fault, but I couldn't be bothered to fix it.


Okay, since this is fitted at the waist, I put an invisible zip in the side seam so I could get it on. But it couldn't go right to the top of the garment, as there are bound edges! So I started it a few centimetres below the underarm (sewing the seam up first). I'm very pleased as it looks neat! I have put in relatively few invisible zips so I still breathe a sigh of relief when they go in nicely.
I did want to try putting pockets in too, but I had reached my limit of patience with this fabric and garment.

PHEW, I'm tuckered out from all this technical writing about a garment that looks so carefree! Appearances are deceiving.... Back to the style, I really like it, and I'm really proud of the result of my hard work. 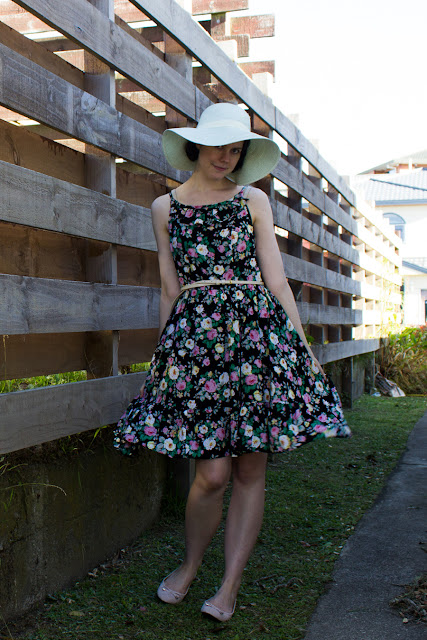 I'd like to make another in future and I'm sure it'll be so much easier!! Maybe a solid would show the neckline ruffle off better.... what kind of fabric would you make this in??
Even better, link me a fabric in the comments, that would make my day :D