Oooh I made another knit!   I'm getting knitting fever, I swear! 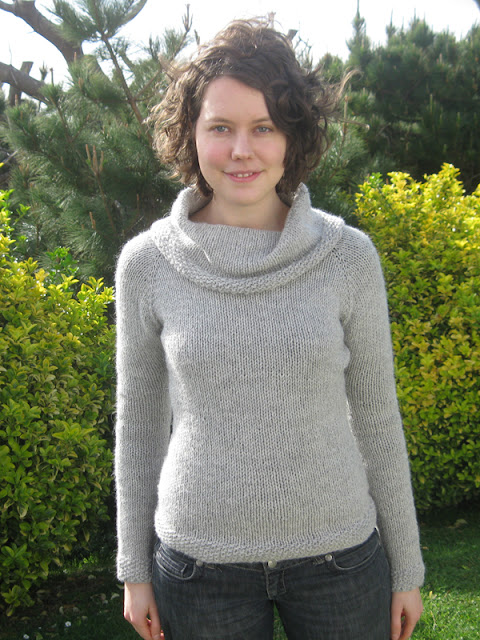 This one was a lot easier than Miette!  It's also a free pattern on Ravelry.  It's another top down raglan style.  This one is knit in the round.

It's a very simple design.  Of course that didn't stop me from complicating it!
The first thing I did was maths the hell out of it to figure out the ease!  I then spent a long time figuring out how to change the amount of stitches at various bits to get the shaping I wanted.  (Like, this took forever, lol.  I'm not saying it's hard, I'm just saying it took ME forever!)

The fact that it is top down means you can try it on as you go- which of course I ended up doing a LOT, to check the fit at every stage!
Based on my calculations, I put a few tweaks into it- I wanted it more fitted, so I added more decreases for the waist and more increases for the hips.  I decided to go with between 1-2 inches of negative ease for a close fitting shape.
However, I noticed my gauge was larger by the end of knitting it, so it was probably more like 0 inches of ease.   Well, it looks fine to me.  Phew!
I also wanted full length sleeves so I added length and decreases for them as well!  I aimed for about zero inches of ease in the sleeves (at the biceps). 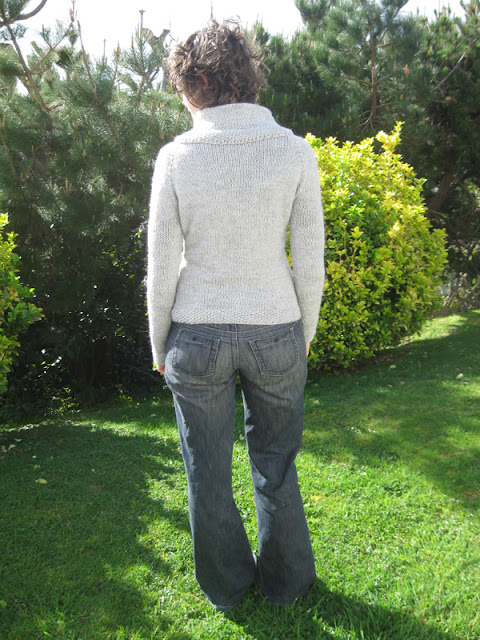 I learned a few new skills- magic loop knitting and another bind-off!
Magic loop is one of those things that looks terribly scary, but once you learn it it's simple.  I used it on the sleeves and at the start of the neckline.  (Magic loop is used for knitting small circumference things in the round, with a circular needle.)  Why did I use magic loop?  Well, because I was too cheap to buy 6mm double pointed needles of course!

I learned Jeny's surprisingly stretchy bind off for the cowl as other Ravelers' notes mentioned a nice elastic bind off helps the cowl sit nicely.  I could have used Elizabeth Zimmerman's sewn bind off like I did on Miette, but what the heck, I wanted to learn something new :)
And of course I have put my rather large stack of notes on Ravelry.


This was a pretty simple knit and it's so cosy.  The yarn I used is Berroco Ultra Alpaca, a wool alpaca blend.  It's soft :)  I could definitely be tempted into making another in a different colour!  Now I have the shaping figured out.. it would be so fast... hmm, very tempting indeed!