Well, I know my very last project was a Renfrew mod. But here's another one. What can I say, I'm addicted!

Just one more item to add to my big list of Renfrew mods, I guess! 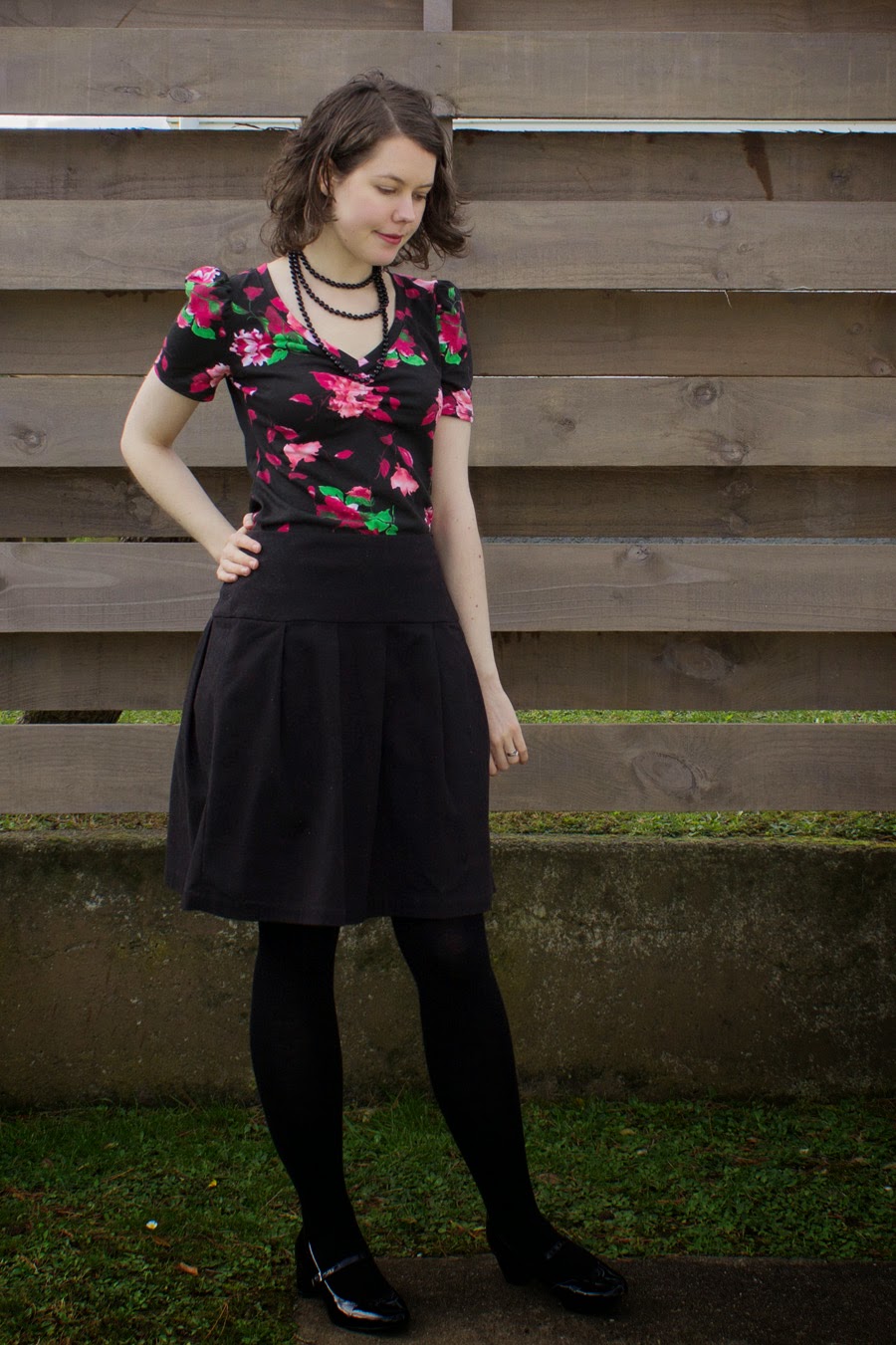 This project was inspired by me stuffing up another project and running crying to my comfort zone of knits. It was fun though, and I'm really happy the mod I tried out worked. I just made it up, so it could have been a failure!
The mod is what I call "boobie-gathers", and I teamed it with gathered sleeves, which I'd previously used in another mod! 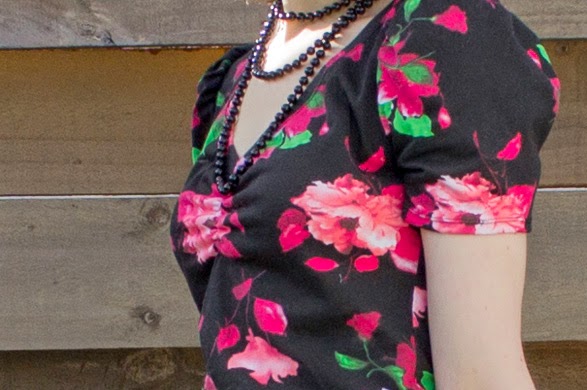 Here is the backside of the gathers (note I used a non-matching thread for my twin-needle top-stitching. I often do this because I'm too lazy to make up a matching bobbin...lol). I used clear elastic to gather it like in my Moneta dress, using the original length of the pattern at that point as a guideline. 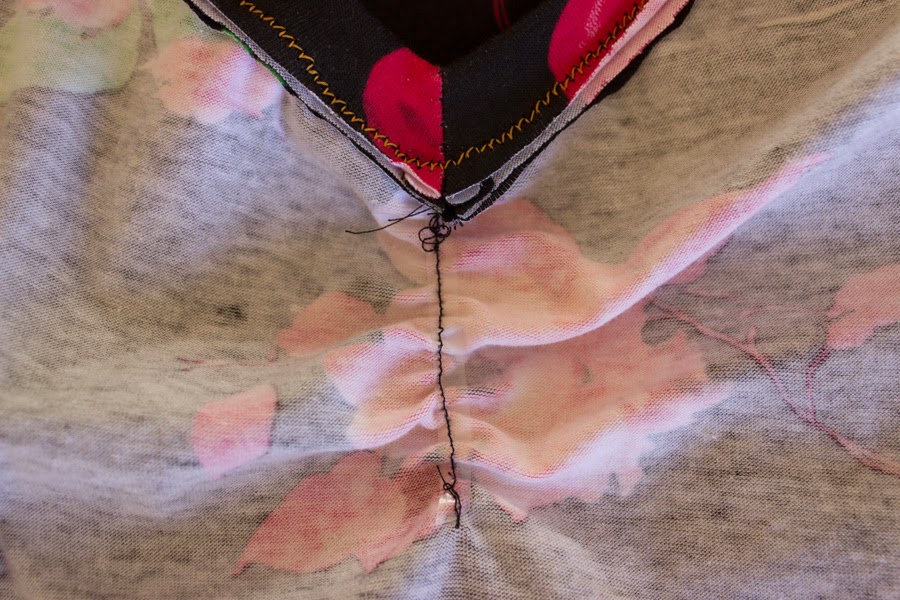 Here is a (terrible) shot of my pattern alteration. I started with the V-neck view which I'd never made before! Now I did just make this up so it's probably "wrong". lol. As you can see, spreading open the pattern at the bust vertically breaks the straight line at the centre front. I opted to true it up by extending the top of the pattern piece outwards to match. This meant excess at the neckline, but I decided I could just ease that excess into the neckline band, which I kept at the same length as originally drafted. Make sense? I hope so! Anyway, it worked! I did have to chop off a bit from the hem at centre front to level it out when I tried it on. I'm not sure if that was from this mod, or the fact I tried out a sway-back alteration on this version. Possibly both?? 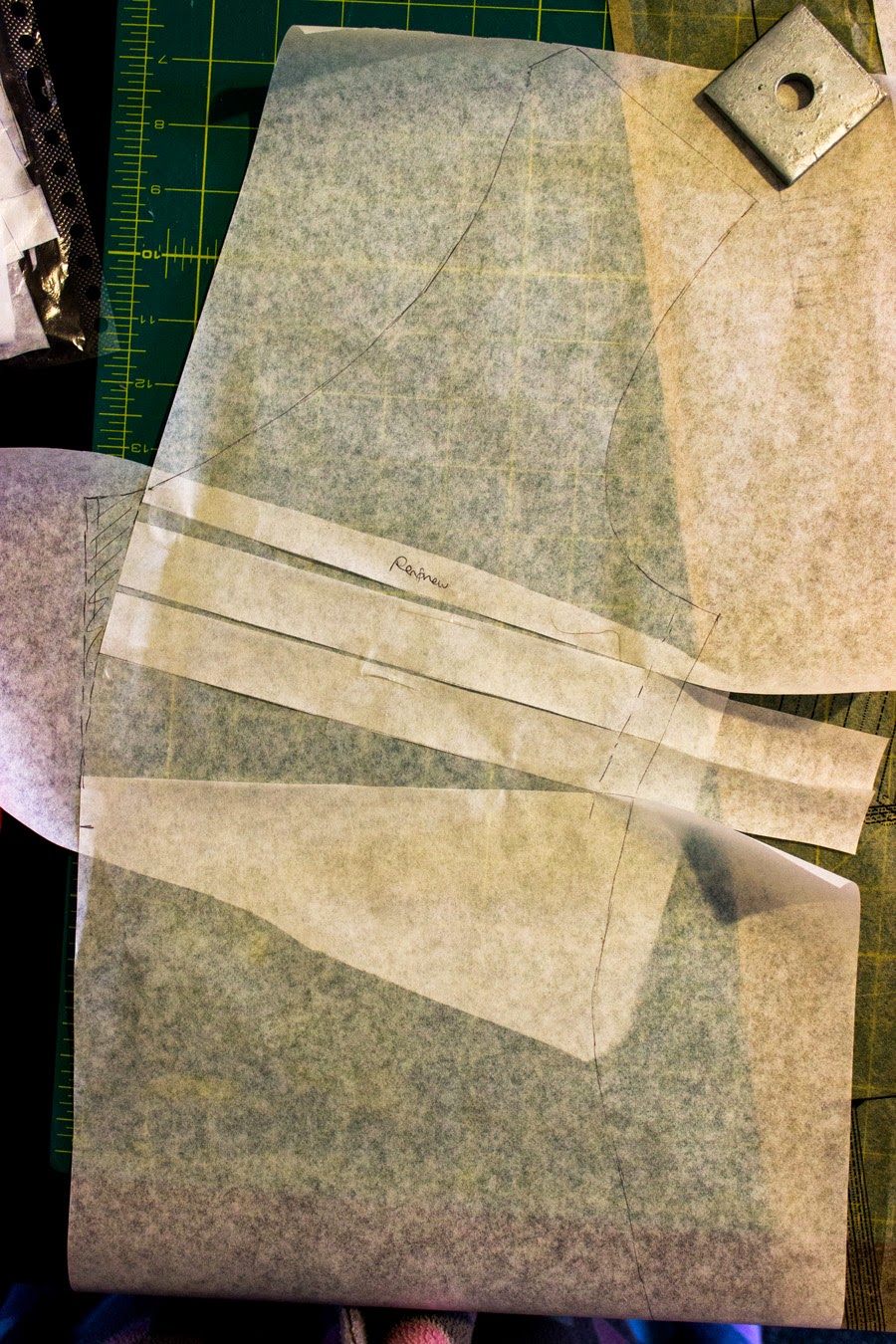 Speaking of sway backs, it didn't fully work, so I may not have done enough of an adjustment. Or maybe I didn't do it right. Anyhow, I think this top looks best tucked in. Problem... solved. Lol. I do plan to keep trying to adjust Renfrew till it fits perfectly though! Plus, it would be good to wear this top with pants too.

I really like this fabric and you'll see it again in the form of another garment! It's another one from Girl Charlee, and I was careful not to place a flower in any awkward placements on the chest.
I'm wearing it with my New Look skirt which I made a while back. 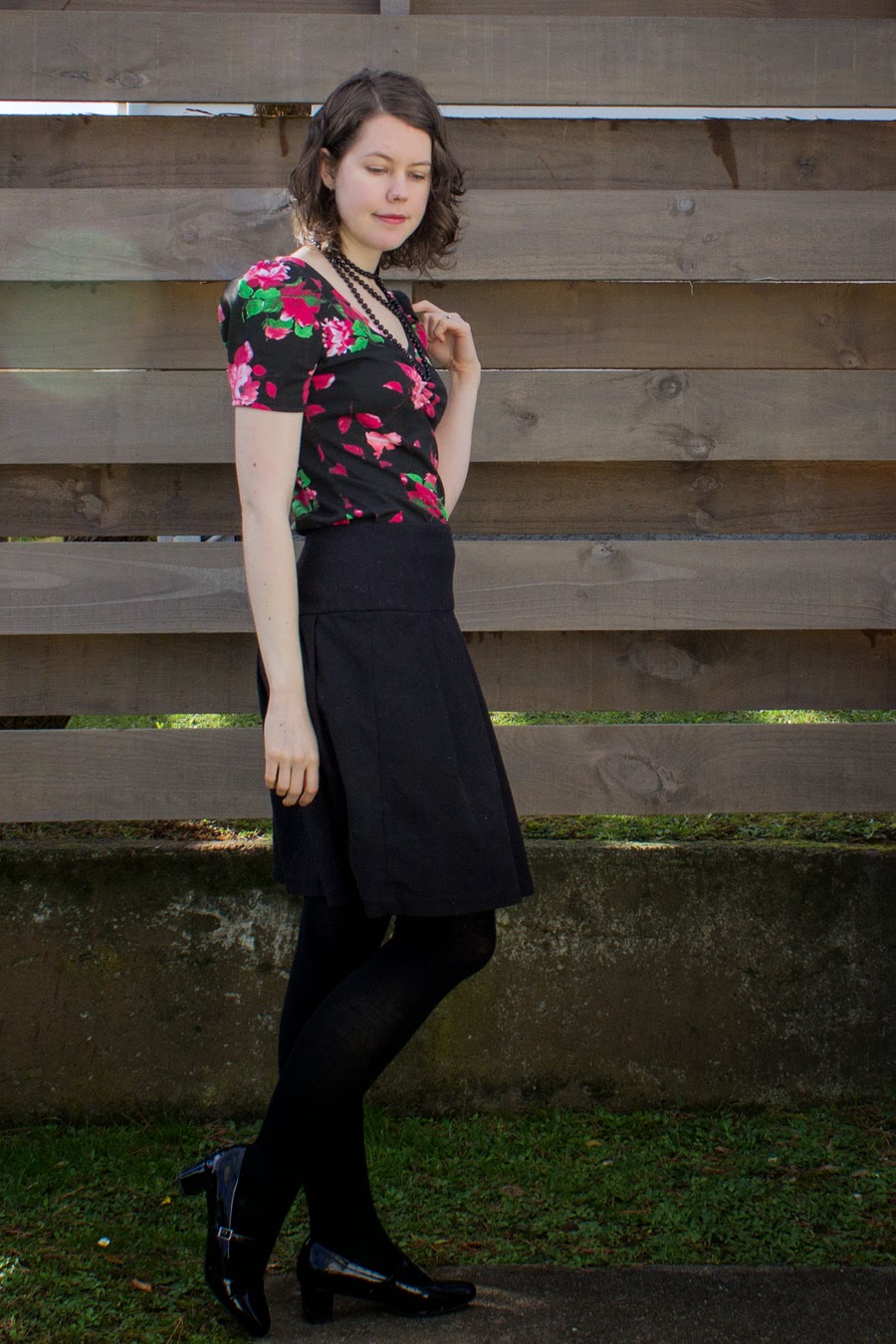 Oh, and one more bonus:

Ahh Renfrew, the pattern that keeps giving. There's not too much more to say on this one. Okay, I better get back to working on those tricky woven garments... Hah! 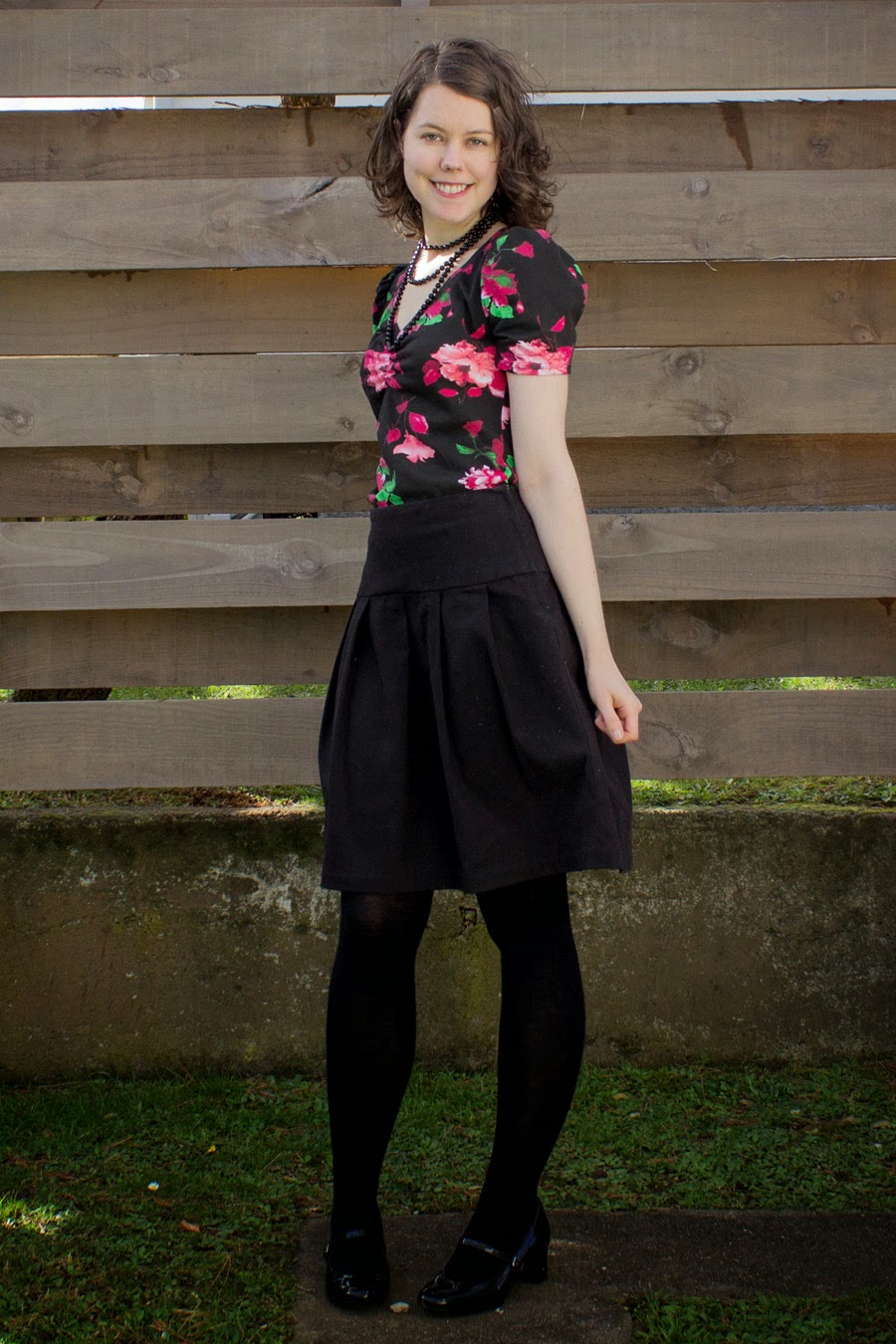