Hi! It's been quite a while since I posted; life has been really busy with school work.
Here's a jersey I made. This took me, oh, about a year? I stopped knitting it mid-project because I decided I wasn't a fan of the style after all. It's just so clingy around my bum and I knew it was going to turn out too short for my comfort.

Later, I decided to complete it as I'd already knitted so much of it, and I knew I'd at least find it comfy around the home. 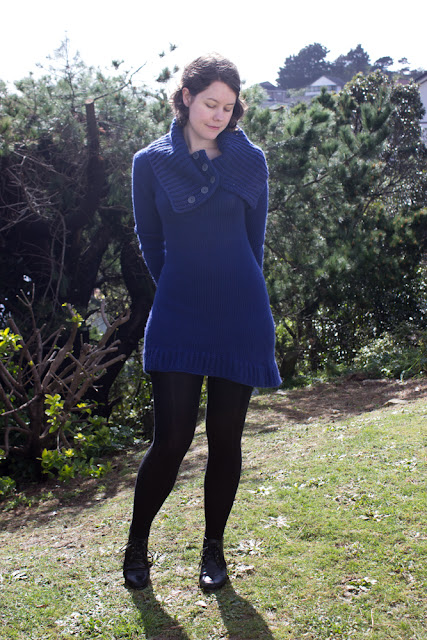 The pattern is Berwick, found here on Ravelry. The original pattern is a bit different; it's shorter and has a kangaroo pocket.

I find that a really awkward length, hence my decision to lengthen it. But I didn't lengthen it enough! And I also forgot how much I disliked garments that were clingy on my butt and thighs and stomach. Ugh, I'm never wearing this out (even though I have publicly blogged it, which doesn't make much logical sense). I hate clothing that makes me feel like I have to suck my gut in and worry about it riding up to show my butt!

It's too bad, because I really love the squishy collar! It is knitted in a brioche rib, which takes forever, but I must admit, is a very nice effect. 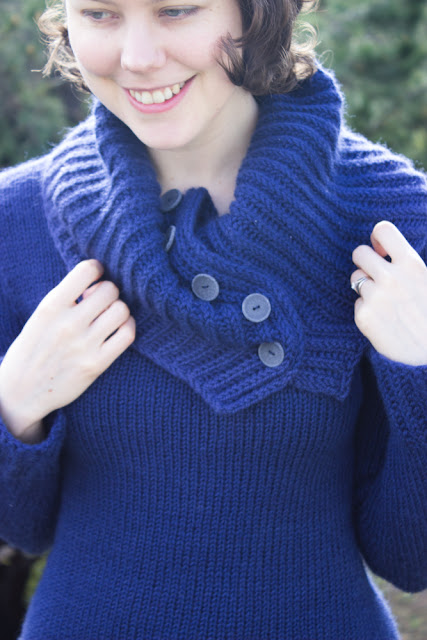 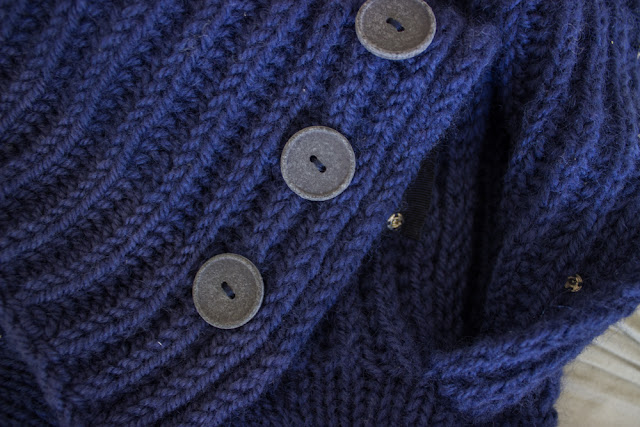 ...which are a total fake out!! As you can see, it's done up with snaps. This is the way the pattern instructs and I am not a fan. What's the point?? It would have been easy enough to write buttonholes into the pattern, and then I wouldn't have to sew on two sets of snaps, thus saving me time and annoyance. 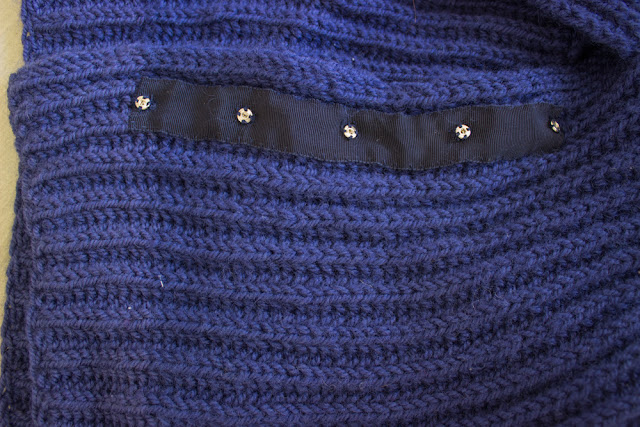 There's ribbon sewn on the back of each snap section to stabilise the area. Another gripe with this pattern - it asks you to buy 45cm of ribbon (which I did), and then asks you to cut two 25cm lengths. Which adds up to a total of 50cm. That's a problem. As you can see, my ribbon is a bit skimpy, which doesn't really matter, but still. Basic maths.
ALSO! Did you notice the different shade of blue along the top of the collar?? Turns out, my laaaast little bit of wool was dyed differently and did not match. This annoyed me a bit, but as I am not too invested in the garment, I'm actually fine with it. Like I said, I won't be out and about in this. 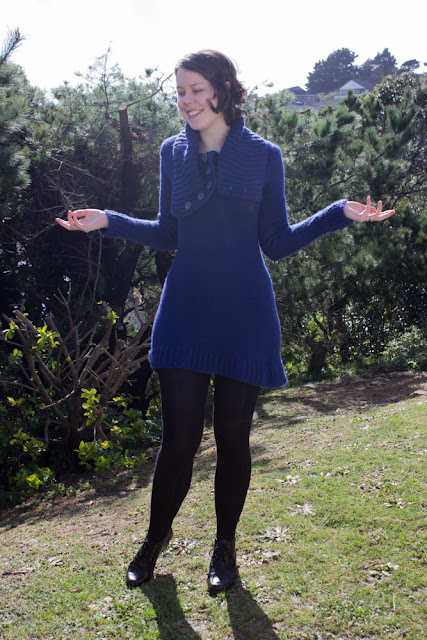 You may have noticed , one side of the hem is saggy. I put this down to lazy and careless blocking, as I had really become pretty blasé about the garment by that point! It must have gotten stretched out! Either that or my knitting went horribly wrong without me noticing. 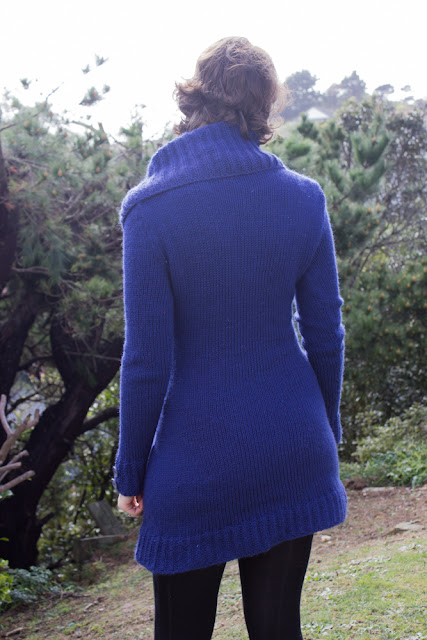 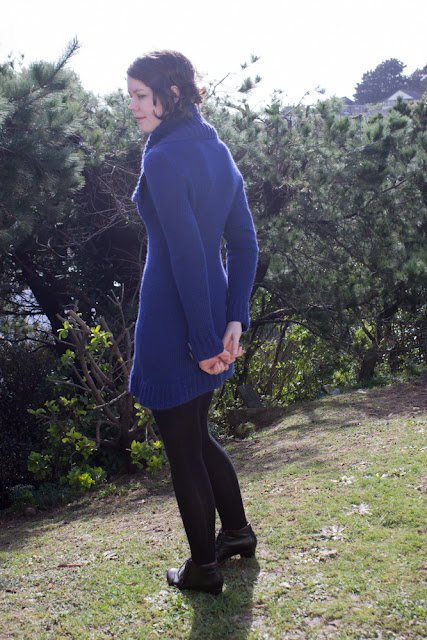 I don't have heaps to say about this garment, but I'm glad to blog again after not posting for a while. Hopefully next time I will be more excited about what I have to show you guys. Heh! Anyway, I don't think I've mentioned this on my blog yet, so this is a little bit of news for those of you who stuck around till the end. lol! I've switched to studying fashion design, and I'm really enjoying it! I don't think I'll be sharing my school work on my blog, but I'm thinking of sharing some snaps of my school life on my instagram. Would you guys be interested? :)

Anyway, I'm still reading everyone's blogs, even if mine is a little quiet right now! Would you guys blog something you feel uncomfortable in? I guessed I've learned one more lesson about what is and isn't right for me! 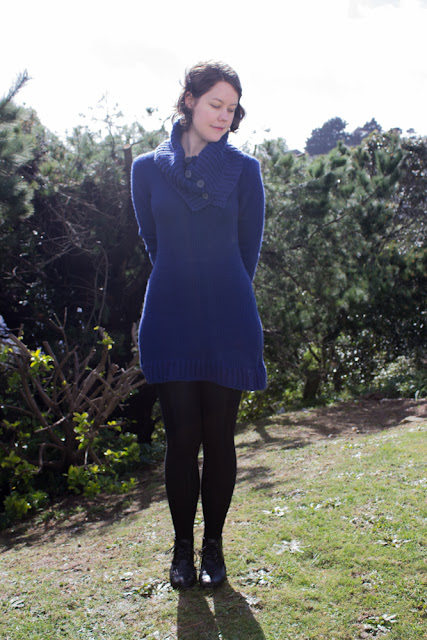